Yesterday, the apartment finder and research firm ApartmentList published its findings on the movement of the Millennial generation over the past decade. Austin, Charlotte, Houston and Seattle were the top four cities for growth in population of people between the ages of 25-35 and Pittsburgh ranked 14th, which seemed to be a surprise to ApartmentList. Between 2005 and 2015, the number of residents of metro Pittsburgh in that age range grew 7.1%. During the same time, median income grew 6.8%. One stat that separated Pittsburgh from the pack was the lower rate of decline in home ownership among 25-35 year olds. The home ownership rate fell nationally by 7.4% but only by 4.5% in Pittsburgh. 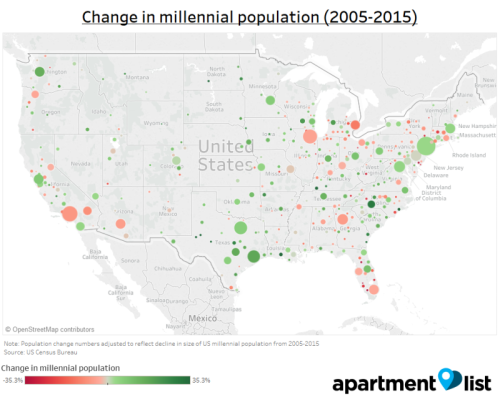 Updating some projects, commuters driving down Smallman Street should see Turner Construction starting work on the $19 million, 133-room AC Hotel near the Convention Center. Turner also appears to have been successful on the $30 million administrative buildings package at Shell’s cracker plant in Monaca, although that contract has not been confirmed.