Employers were signaling caution as summer wound down. The ADP private payrolls report for November showed a big drop early last week; and then on Friday, the Census Bureau released its Employment Summary for November and reported that 266,000 jobs were created. That’s about 40% more than the consensus forecast of Wall Street economists. 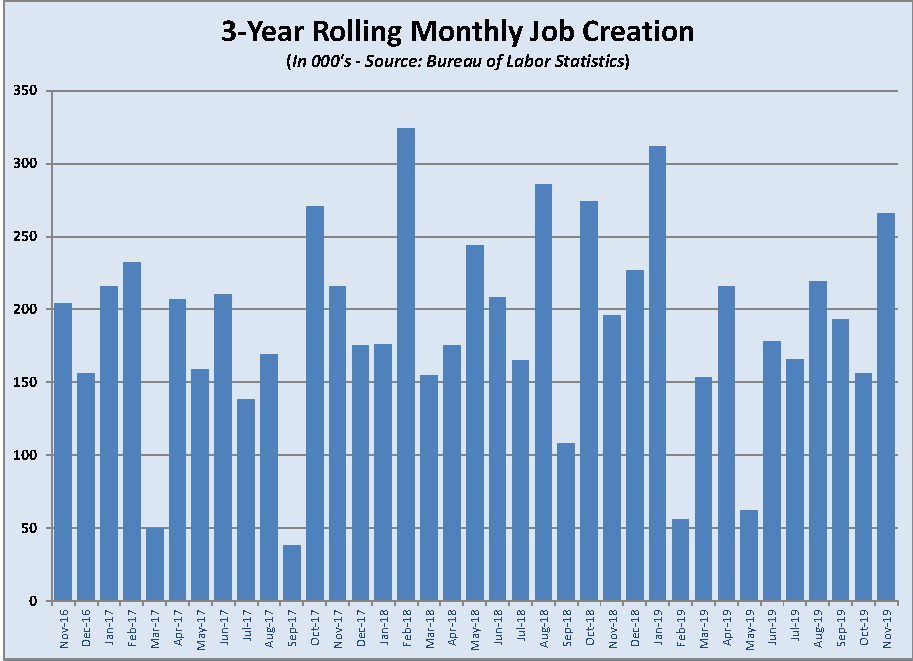 There were some details to unpack that moderated the gains a little. The great manufacturing number was inflated by 60,000 GM workers returning from strike (which dampened the October report). Construction jobs grew by only 1,000 from October, a surprise given the amount of activity; however, not a surprise given the severe shortage of workers. On the other hand, strong performance in the financial and business services sectors, and especially healthcare, showed there is still some life in the expansion. Some of the highlights:

There are two significant positive conclusions that can be drawn from the November report (bearing in mind that it’s one month’s data of course). First is that consumers are in good standing. Virtually anyone who wants to work is working. Wages are growing at twice the rate of inflation. The consumer drives the economy and the consumer should be happy. The second conclusion is that businesses aren’t as negative as was thought. Because business investment has been declining, concerns about the economy were becoming self-fulfilling. So far there is no data showing that other business investment is ticking upward but the jobs report shows that businesses are still investing in their most expensive asset: people. Moreover, a Vestige survey showed that 60% of business owners plan to add staff in 2020, while only 4% say they are cutting.